Long Exposures and HDR with the Olympus OMD E-M1 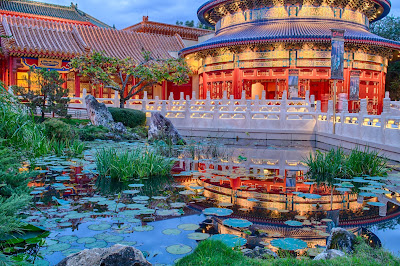 The moment we booked our trip to Orlando, I knew I would be taking a ton of pictures to document our experience/pilgrimage to Disneyworld.  Among the many things I wanted to do, taking long exposures and creating HDR shots was something I really wanted to delve into as I hardly get the opportunity to do so.  When the OMD featured a dedicated button to help facilitate taking bracketed shots, I was ecstatic because it was such a chore to get into bracketing mode with the E-M5.  I think the worst part of it all is I would forget that I left it on and would be wondering why my shots would be so over/under exposed.  I welcome this one click on/off feature on the E-M1. 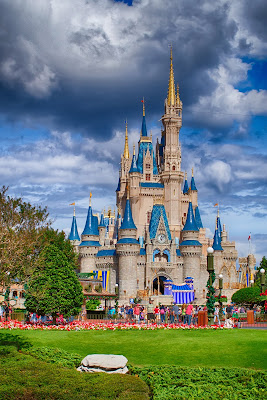 So this post does not come without any frustration, which is mostly my fault and I'm not talking about lugging around 3.5 pound tripod for 8+ hours a day.  Going into this trip, I knew I would be taking long exposures, ranging anywhere from 1 second to 60 seconds depending on the time of day.  I normally always set my camera to reduce noise for long exposures (or LENR - Long Exposure Noise Reduction) as a default.  I know many people on micro four thirds forums have complained about the hot pixels and snow effect that the E-M1 produces on these long shots and I can confirm this has happened to me.  It is a fact that the E-M5 handles these types of photos a lot better whether or not the LENR is turned off (some even think that off does not necessarily mean off, but I haven't found evidence to prove this). Some expect the removal of the Low Pass filter is the cause of this, but I have definitely ruined some shots by not turning this feature on.  See the sample shot below to understand what I am talking about.  You will clearly see both the hot pixels (Red and Blue), in addition to the white specks littered throughout the building and sky.

This effects are really only a problem at exposures 10 seconds or longer. I can confirm that turning on LENR does solve any problems I had. I performed two tests: 1)Taking a 30 second shot with the lens cap on and 2) Taking a 60 second shot with very little light.  The files are clean and free of any unusual noise.  So what does that mean for me or for you?  Does this make it a deal breaker for the E-M1? For me, I can say absolutely not.  With LENR turned on, it takes double the time to process a long exposure shot, so a 30 second exposure will take 60 seconds to completely write on your memory card.  This may pose a problem to Astro Photographers and I can see how this is a massive let down for a flagship camera.  Even as a self-proclaimed Olympus Fanboy, I can't help but feel a little disappointed. I know that cameras are tools and you always have to use the right tool for the right job, but it's a shame that I would, in theory, have to switch over to the E-M5 if I ever wanted to delve into shooting the stars.  At the end of the day, I would still pick up the E-M1 99% of the time, as I feel this small setback does not outweigh its plethora of improvements.

To a certain extent, I feel the forums have blown this issue way out of proportion, since you can remedy the problem with one simple move in the settings.  I understand how this camera is not usable to some because of this issue, but you have to ask yourself how often you plan on do Astro Photography or any other photography that requires a shorter window between shots.  The beauty is we have options and that's a good thing.  I will continue to praise and recommend this camera to both pros and prosumers alike.  Will I continue to take Long Exposures and bracketed shots at night? You bet.  Lucky for me most of my shots are static.

The LENR feature can be found in Section E of the E-M1 menu, under the heading Noise Reduction.  I will be sure to post an update after spending a little more time with the camera.  Thanks for stopping by.

So Say We All,
Dino