The blog has been fairly quiet for the last couple of weeks and for good reason.  I recently made a pilgrimage to the motherland. That's right, Disneyworld, out in Orlando, Florida.  I know that Disneyland was the first to open back in 1955, but this was my very first trip back to Florida since the early 90's.  My only real memory of Disneyland was going to Cape Canaveral and EPCOT with my family (special points to those who know what EPCOT stands for without googling it).  Sadly I don't remember much of the trip, so I knew this was going to be something truly special 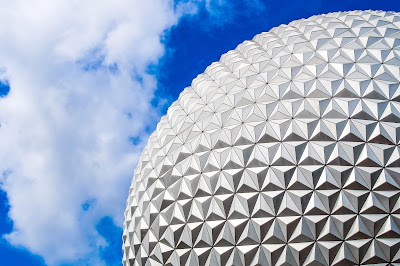 My girlfriend and I have been planning for this trip for approximately 2 years and wanted to tie this in with our running goals.  Disney offers a special Coast to Coast medal to runners who complete a half/full marathon in California and Florida within one calendar year.  I will save my thoughts about the race for another post, but I highly recommend taking a trip out to Orlando for their night races.  I would say that it's one of the best, if not the best race I have ever participated since I've started running (more on that another day).   I knew that this trip was going to be extraordinary and I wanted to document as much of it as I could.  Deciding what gear to bring was probably the hardest thing to decide, but luckily the micro four thirds bodies and glass lends itself as being the best travel equipment any enthusiast/pro can bring.  It's light, it's fairly durable, doesn't take up much real estate and you don't sacrifice much on the image quality end.  Below was a list of camera related gear we brought along in our backpacks:

Looking at this list, you might think I would need a special carry-on for all of this gear, but I didn't.  At the risk of beating a dead horse, it really was no sweat off my back lugging all of this around, save the ultrabook, the entire trip.  In fact, it was the tripod that eventual got the best of me towards the end.  Not once did I ever complain about having too many lenses or feeling like my camera was too heavy.  It was the perfect companion.  I ALMOST considered running the half marathon with the GX-1 like I did in the last Disneyland 10k (but with the OMD), but decided against it.  In retrospect, I would have brought the camera, especially since the after-race Wine and Dine Festival was just fantastic.


I never appreciated the significance of traveling light until I went on this trip. Not only was getting through the airport a breeze, having a light camera set-up with almost no compromises (in my case, absolutely nothing) on multiple 10 hour (plus) days throughout the Disneyworld resort was invaluable.  I am really beginning to believe that mirrorless is the future and will soon be the go-to camera for travelers.  All in all, it was a fantastic trip and I can't wait to share my photos and experimentation with HDR with you all.  Thanks for stopping by.