It is my second week with the Fuji X-T1 and after immersing myself with this camera, I felt it warranted a second field report (if you are interested you can read my initial impressions HERE). While I have been itching to try a native lens, I unfortunately can't really report much about certain things like focus accuracy, AF speed, image quality and other aspects that come along with the Fuji experience. To date, I am confident in saying this camera yielded the best manual/vintage glass experience to date. Similar to my last post, my intentions with these post is to show what this camera can do with straight out of the camera JPEGs. I did not do any post processing, so you will see all of my exposure mistakes, hits and everything in between. With exception to the Mad T Party photo, all the following shots were taken with the Olympus OM 50mm f/1.4 lens unless otherwise specified. If I can recall what aperture was used, I will make sure to add that EXIF data in the caption below.

Assuming you have already read my previous post, I will just continue where I left off. The interesting thing about mirrorless cameras is that you can usually hand hold the camera and still change some of the key settings. The Fuji X-T1, despite being so light weight and small it still requires two hands to operate. I find that I cannot confidently hold the camera one-handed and spin the rear or front dial like I can with the A7, Olympus E-P5 or the OMD E-M1. This really isn't a problem rather an observation I had using this atypical (to me) camera. When changing the shutter speed, I find myself holding and supporting the body from the bottom with my left hand and shifting my right hand to pinch the shutter dial with my thumb and pointer finger. If I then need to adjust the ISO dial, my right hand now has to support the camera while my left hand makes the necessary change. The experience becomes a bit disjointed for me and is something to really consider if you care about a seamless and modern shooting experience.

If there was something that truly annoyed me about the camera, it would be the camera wifi. For the life of me, I cannot consistently get the camera to connect to my LG G3. I think I tried over 20 different times and several different combinations. Sometimes I get it to work and other times my phone tells me it "cannot connect to Fuji". This is really frustrating since I find the wifi integration with the X-T1 quicker and smoother to use than both my A7 and E-M1...when it works. I don't know whether to blame my phone or the camera, but all my other cameras (and even the Fuji SP-1 printer) work perfectly with my G3.


Now that I have talked about what I don't like about the camera, I can now gush over the things that I REALLY like about using the X-T1. It is worth mentioning again that I am in love with the JPEGs I am getting straight out of the camera. This is the first camera I can say that I don't mind shooting JPEGs...IF and only IF you nail the exposure and white balance right off the back. Lucky for me, the EVF helps with nailing the exposure and the auto white balance does a decent job, though I tend to see a magenta cast on skin tones when using certain in-camera filters. If I need to recover details in the shadows or highlights, nothing beats raw. The beauty with the newest version of Lightroom, my photo editing software of choice, is that you can still apply the film simulations by selecting the desired filter in the camera profile section in the develop module. 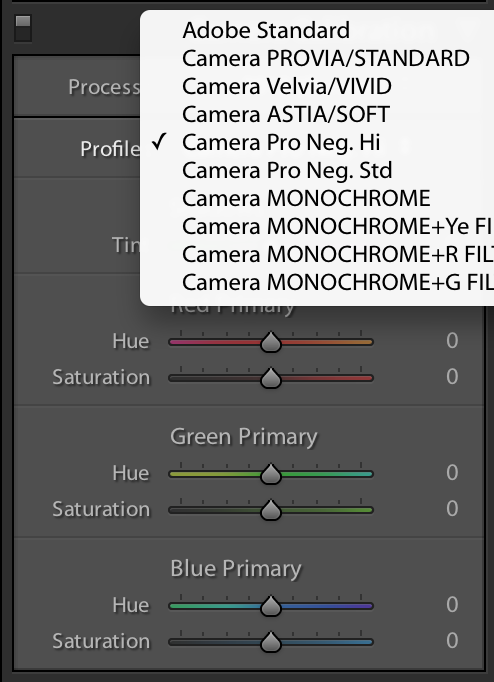 Under low light conditions, this camera really does a good job handling noise. While I haven't done anything scientific or performed in-home lab testing, nor do I care to do so, I feel it outperforms the OMD in this department by a small margin. The low light and JPEG performance of this camera paired with an old Olympus lens solidified that I will be investing in native Fuji lenses in the near future. I believe the 56mm f/1.2 will be my next investment.

The main reason why I wanted to revisit my initial impressions regarding the Fuji X-T1 is because I actually let my co-worker use it during our company holiday lunch outing. While casually taking pictures of our food, I saw him eyeing the camera. Knowing he is a camera buff as well, I handed it over to him and didn't see the Fuji again until the end of the event. The next day he asked me for more information about the camera and the best place to buy one. I decided to take this golden opportunity to ask him about what he liked and didn't like about it. Below is a summary of his initial impressions:

Positives
It was really interesting to hear his answers especially since he's been praising his Rebel from the day he got it. My co-worker has played around with both my Sony and Olympus cameras and it was the Fuji X-T1 that got him to consider switching to the mirrorless camp. In fact, his only complaint about the camera was battery life, which in my opinion is a minor gripe in the grand scheme of things. I guess it says a lot about how far mirrorless has grown and Fuji's decision to design their cameras around old film bodies.


After spending a lot of time hand holding most of my shots, I wanted to really see the potential of this sensor under more controlled settings. There's really not much to say because in my opinion the X-T1 delivered. If I can achieve the level of clarity and sharpness with legacy glass, I have very high hopes with Fujinon lenses. The first two red ornaments were taken at f/5.6 (left) and f/2 (right) using the Astia film filter (if memory serves me correctly). The green and purple ornament is another Astia sample shot taken at f/5.6, while the blue and silver ornament was shot with the Velvia filter at f/4.  While I don't necessarily like to use the Velvia filter, I think the ultra saturated look can work under certain conditions. These shots were all taken on a tripod at ISO 200 lit only by the Christmas lights from the tree. I would have used ISO 100 but later found out that I can't shoot RAW + JPEG with this setting. This could be troublesome if I ever decide to use strobes during the middle of the day. For these conditions 200 works perfectly well.

For the last set of shots, I decided to add the Godox/Cheetah V850 into the mix and again it didn't surprise me that it yielded favorable results. I decided to use what I think is a fairly average lens, the Olympus OM 135mm f/3.5. While it is not clinically sharp like the Olympus 75mm for the micro four thirds system, I do like the fact it has a lot of character.

Note: One thing to keep in mind when using flash is to make sure silent mode is turned off or it will not fire a flash or a radio trigger. You find this setting in the main menu under the first wrench icon.

The Fuji X-T1, simply put, is just a fun camera to use. While it has it quirks like the wifi connectivity or the inability to fire flash in silent mode, the output makes up for it in my opinion. Although I can't definitively say this camera is a keeper until I try it out with native lenses, I have high hopes it will not disappoint. As always, I thank you for stopping by and please let me know if you have any questions about the X-T1.